Architecture and photography are greatly dependent on one another and have a relationship that runs deep. While architecture has been captured as one of the fundamental subjects of photography, photography has served architecture as a valuable asset for global representation. There is a lot of substance and context at the intersection of the two and it is important to understand architectural photography’s influence in changing how we see the world.

When photography was invented in the late 1830s, it was immediately appreciated as a powerful tool that could shape architectural representation. The lens of a camera showcased a handful of advantages that pencil and paper could not match; photos were more accurate, easily shared, and easily produced. Although photography paved the way for detailed, portable, and transmittable images of buildings, it is the idea of mobility and people that makes the relationship between photography and architecture so important. Within a decade of its invention, photography was the new medium to publicize architectural images across the globe for a wider audience to appreciate.

The Power of a Lens

For the first time, people could appreciate buildings that they could not go and see for themselves, and other architects were able to often team up for mutually beneficial exposure. Architecture is, clearly, an important aspect of photography, especially in the beginning. Dating back to the 1800s, photographs required a long chemical process to develop since the ink needed a handful of hours to properly react to etch out every detail. Not too many willing subjects could sit still for five or more hours, which made buildings the perfect subjects from the start.

Throughout time, photography was utilized to document historical buildings, transformations of cities, and the advancement of technology. The wide variety and availability of architectural photographs for scholars undoubtedly sparked the emergence of architectural history as an academic discipline. The bottom line is that a camera seems to have had the power to take people back in time and take them around the world to bring knowledge about buildings that were not accessible at first hand. The relationship between photography and architecture has always been dynamic and ever-changing in the landscape of art.

The Start of a New Trend

In the 1900s, the popularity of architectural photographers boomed as building design became more intricate. Architects began searching for photographers who could expressively capture their work. Ezra Stoller was a well-known photographer who captured architecture abstractly and heroically by highlighting sweeping curves and deep contrasts. Stoller is a prime example of architecture depending on photography. Since he had the ability to turn architecture into monumental works of art through his camera lens, the mass attention that Stoller’s photos were able to cultivate gave him the power to propel a building into fame. This phenomenon was dubbed as “Stollerized”. Although this phenomenon started in the 1970s, this ability to make ordinary architecture seem monumental gave rise to a particular trend in the architectural photography industry.

When photography came to be nearly two hundred years ago, it was appreciated for its ability to capture things in their truest form. For every detail, a pencil couldn’t sketch, a camera was able to produce an accurate photo that reflects what the human eye sees. However, as time passed the relationship between architecture and photography became a little less symbiotic and more one-sided. Nowadays, architecture is seemingly built to appease photographers, social media, and fads for marketing/publicity purposes. Because of its marketing potential and sometimes explicit purpose, photography is starting to dictate goals to architecture, especially for commercial buildings. This is transferring the focus of architecture to just the mere appearance. This shift in the dynamic seems to rob architecture of its other dimensions, literally and metaphorically. Architecture is about atmospheres, sequences, transitions, temperature, smell, sound, haptics and so much more than what can fit into a frame.

Architecture is a multifaceted art that is meant to be appreciated in its entirety, but photography seems to be cutting it short. Centuries ago, photographs adapted to existing traditions of architectural illustrations, and they were used as more truthful and precise drawings. Now, it seems as if photography is what popularizes architecture but also what distorts people’s expectations and makes buildings seem anticlimactic in person. Since people are seeing buildings through a camera, photographers have a lot of agency when it comes to how we experience architecture. Some may say that this is detrimental to architecture as a form of art that is supposed to be experienced in its entirety.

Although the relationship between the two professions seems to get blurrier, it is undeniable that photography continues to play a developing role in the way architecture evolves. It allows more of the world to see and understand that architects are doing more than just designing buildings; they are creating functional works of art. The intersection of architecture and photography brings about education and understanding of what an architect does, which leads to greater appreciation and desire for their service and expertise. As architects continue to push the beauty and functionality of structures forward, you can be sure photographers will be right there to capture every new creation. 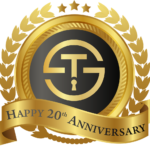